Hey everyone!! So I was running out of blog post ideas, then I was just having fun exploring blogs and I found this post – the TMI Tag – on Bayance’s blog and I decided that I’d do it!! Check out her post here! But before we jump into today’s post I have an announcement! END_OF_DOCUMENT_TOKEN_TO_BE_REPLACED

Hi everyone! I hope your week is going as good as mine 🙂 This week I hope to catch up my novel (join the cover contest!), write a couple essays, catch up on science homework, etc. I have planned for me a trial class as a ballet studio to find out about their summer intensive program tonight! I’m super excited! I hope I like it there 🙂

Anyway, Starling is hosting a Happy and Random Posts (HARPs) contest and I’ve decided to participate! You can see all the rules here. I’m on Team Ladybug! Let’s get started! END_OF_DOCUMENT_TOKEN_TO_BE_REPLACED

Hi everybody! How is your week going?

Today I wanted to share with you a little thing that I’ve been doing and I really love. It’s really helped me in my prayer life and in reaching out to people around me through prayer. It’s a great way to wind down at night and connect with God as well! END_OF_DOCUMENT_TOKEN_TO_BE_REPLACED

Good morning, or afternoon, or evening (depending on where you live 😀 ) and Happy Monday (or Sunday? or Tuesday?) 😛 For me, it’s Monday 🙂 That means it’s… END_OF_DOCUMENT_TOKEN_TO_BE_REPLACED

Good afternoon, readers! How’s your week going? So far, mine’s going great, and I’m counting down the days till Winter Break and Christmas. Everyone we know is looking forward to many days off!

Yup, the Christmas season is closing in, and we’re all excited to be putting up decorations, buying presents, getting presents, snuggling up in the warmth of our house maybe with hot cocoa and a good book, and I am, too! But, what about the people who are less fortunate? The people who are lacking certain, necessary things? END_OF_DOCUMENT_TOKEN_TO_BE_REPLACED

Hi everyone! I hope you’re having a good week 😀

I’m here to tell you about an extraordinary way that God worked today by sending me down the Road Undesirable ❤ God truly does have a plan for everything; so we can trust in Him!

This afternoon my sister and I took my adorable dog, Penny, out for a walky 😛 We reached an intersection in our neighborhood. There were two ways to go – left or right. Yesterday, we went to the right and around, and that’s the way I wanted to go again because there were less cars and pedestrians. I, for one, enjoy a more peaceful walk.

This time, though, my sister persuaded me to go to the left, and I, being the kind person I am 😉 , gave in. We walked for a bit, the cars driving by. The time I began to regret taking that route was when I saw a sweet elderly lady in the distance. I had nothing against her, she looked really nice; however, I was worried that Penny would go nutso.

My family had just recently adopted Penny from the shelter, so we were still working on the crazy barking thing. She tended to bark more at men, but there was the growling factor.

The distance between us and the elderly lady lessened and lessened. I noticed she was having a hard time walking – and she had a cane. Finally, we crossed paths. Penny let out a low growl from the back of her throat. The lady, who thought Penny was another sweet puppy, looked startled. We apologized and were about to quickly go on our way, but the lady stopped us.

“Excuse me,” she said kindly, “could one of you two do me a favor?”

“Of course!” we said back, happy to help.

She smiled. “Could you put this letter in that mailbox right there? I can’t get up the steps and I was worried how I was going to deliver this letter to my neighbor.”

Since my sister was the one with the leash, I quickly took the letter, walked up the front steps of the house near by, and placed it inside the mailbox. The lady thanked us and went on her way. I thought nothing of it until my sister stopped at a crossroad.

I dwelled on that fact for a while, then as I was eating dinner, I realized that God had sent me on the Road Undesirable for a reason. Who knows what the lady would’ve done if we hadn’t gone on that path?

God offers two paths. Sometimes the path is chosen for us and sometimes we get to choose. Either way, the Road Undesirable leads to what’s more desirable, which is Christ Jesus our Lord and Savior.

Yes! It’s Monday! Time to start a new week all refreshed from the weekend 🙂 Today is also Motivational Monday! Here’s a few Bible verses from Philippians that I really found comfort in.

I can do all things through Christ who strengthens me ~ Philippians 4:13

And my God will meet all your needs according to his glorious riches in Christ Jesus ~ Philippians 4:19

Do not be anxious about anything, but in every situation, by prayer and petition, with thanksgiving, present your requests to God. And the peace of God, which surpasses all understanding, will guards your hearts and your minds in Christ Jesus ~ Philippians 4:6-7

There we go! Finding power from Philippians! I really like these verses because they reassure that God strengthens, God provides, God understands, and God guards. I hope you’ve found some encouragement or peace in this post! 😀

Here’s a question I would love to know the answer to:

From which book in the Bible do you draw the most inspiration and strength from?

I wish you good luck and give you a great big hug through this post as you start your new week!

The grace of Lord Jesus Christ be with your Spirit ~ Philippians 4:23 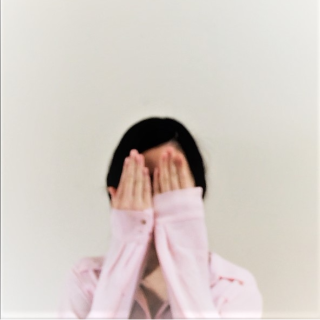